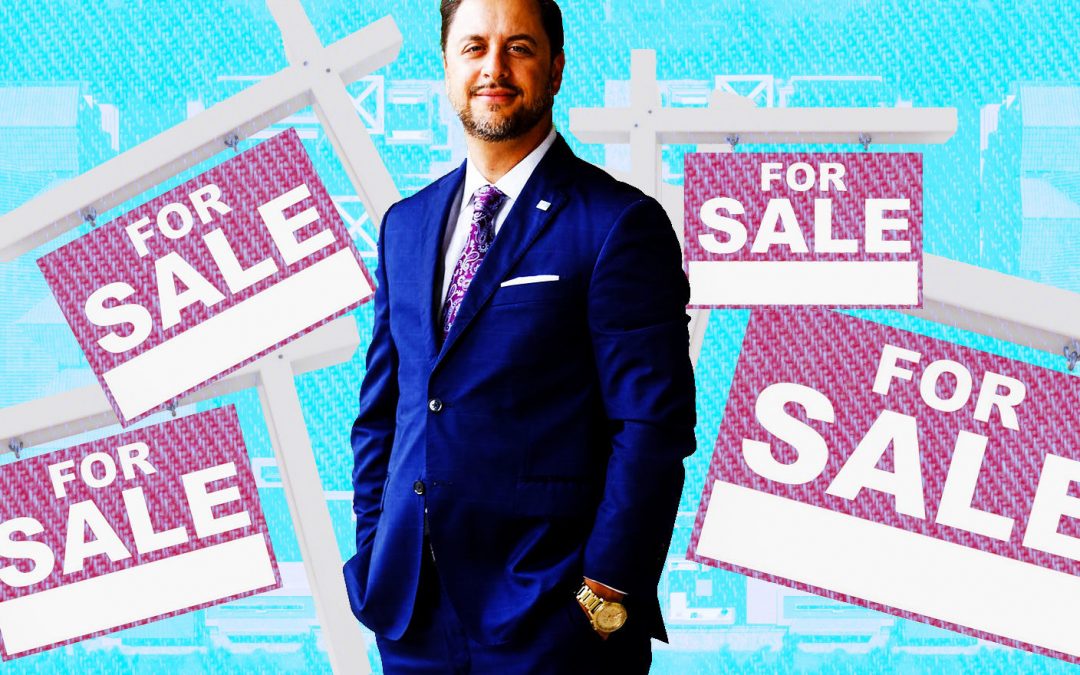 They say everything’s bigger in Texas, and that’s apparently true when it comes to iBuying competition: Frisco, Texas-based brokerage JP & Associates Realtors formally announced Tuesday it has teamed up with a tech company to launch an agent-centric cash offer program.

JPAR Instant Offers is being billed as an iBuyer, though it differs from the type of instant cash offer programs that other, bigger companies have built. Would-be sellers can go online and get an immediate rough offer for their property. Within 24 hours, a JP & Associates representative will come out and visit the home to confirm its value and discuss options with the seller. The property owner can then opt to sell their home the traditional way and have it show up on multiple listing services or proceed with the cash option.

Sellers who opt for cash should have their finalized, official offer within another 24 to 48 hours.

“We give you the closing that you want,” J.P. Piccinini, founder and owner of JP & Associates, told Inman.

Up to this point, the program resembles other iBuyers, which generally tout the ease and speed of a cash offer. However, what sets JPAR Instant Offers apart is the source of its offers; while major players like Opendoor and Zillow buy properties on their own, JP & Associates sources its offers from third party investors.

“Focus on what you love to do.”

“We’re nothing more than a facilitator connecting the seller with the potential buyer, the investor,” Piccinini said. “We have buyers across the United States.”

Piccinini explained that his company has built a stable of “thousands” of potential investors that includes past clients, hedge funds, home flippers, rental property owners and others. After a seller chooses to proceed with a cash offer, the property goes to a kind of internal, digital marketplace that only JP & Associates agents can view. Those agents can then broadcast listings seeking cash offers to investors.

JP & Associates agents handling instant offer deals are paid by the sellers. Piccinini said that agents can work out their own payment arrangements with sellers, and can opt to receive anything from a flat fee to a traditional commission.

The system has only been live for about a week, but Piccinini said that he expects the response time from investors to be “hours.” He also said that the cash offers will tend to be about 10 percent less than what sellers might have received on the open market, which some people are willing to accept in exchange for greater convenience.

JPAR Instant Offers’ unique setup has a handful of ramifications. For one thing, all the offers that go through the program are handled by a JP & Associates agent, unlike conventional iBuyers, which in some cases are willing to work both with agents or with sellers directly.

Some iBuying programs such as Coldwell Banker’s cataLIST, Keller Williams’ Keller Offers and Redfin Now also rely on agents to guide customers through the transaction process. Many such programs are still relatively new, however, and it remains to be seen how they may fair against now-entrenched disruptors like Opendoor.

Involving outside investors also frees JPAR Instant Offers from the price and property type constraints that other cash offer firms face. Companies like Opendoor and Offerpad, for example, have tended to only buy mid-priced, relatively modern tract homes concentrated in places like Arizona and Texas.

JPAR Instant Offers, on the other hand, has no price constraints and can work with sellers in any of the seven (and soon to be more) states where the company has offices and franchises. According to Piccinini, that’s possible thanks to the diverse list of investors that JP & Associates has compiled; while hedge funds might only be interested in the same types of properties iBuyers want, home flippers or rental investors may be looking for something entirely different.

“We have a very, very large pool of buyers,” Piccinini added, “A very diverse pool of investors.”

JP & Associates isn’t the only independent firm to start an iBuyer. Late last year, Broker Anthony Lamacchia launched Offer Now as part of his company Lamacchia Development. Lamacchia told Inman in March that he started the cash offer program in response to companies like Opendoor, Zillow and Redfin.

Seen together, all of these programs illustrate how widely the appetite for iBuying has spread in the industry.

JP & Associates has teamed up with technology company OfferAI to run the JPAR Instant Offers system. OfferAI first launched last year and created a way for property owners to sell quickly to investors.

In an email to Inman, OfferAI founder and CEO Jack Burns said the JPAR Instant Offers program will “give sellers fiduciary representation throughout the iBuyer experience.” In the future, the partnership will also let JP & Associates set up their own websites and market themselves as iBuyers, Burns said. That program is currently being beta tested, and it will eventually become available to agents at other brokerages as well.

OfferAI charges an administrative fee on the transactions it facilitates for JP & Associates. The company is independent of JP & Associates, though the brokerage’s parent Vesuvius has invested in OfferAI.

News of JPAR Instant Offers was first reported by CandysDirt.com.

A number of companies including Opendoor, Zillow and Redfin have been aggressively expanding their own cash offer programs. Though these companies’ strategies vary, at least some of the bigger players clearly see the value of iBuying as a tool for generating leads. During a recent earnings call, for example, Redfin CEO Glenn Kelman said that his company’s cash offers are usually rejected but the iBuyer program is nevertheless important.

Piccinini said that JPAR Instant Offers will serve a similar function, with the program’s greatest value being its ability to start conversations with potential sellers. Ultimately, he said he would “be surprised” if cash offers ever accounted for more than 3 percent of his firm’s business.

Competition among iBuyers is also shaping up to be particularly fierce on JP & Associates home turf. Not only are established players like Opendoor and Offerpad operating in Texas, but Keller Williams announced last week that it plans to go live with its iBuyer program in May. That program will launch in the Dallas area — the metro region with the most JP & Associates offices.

Piccinini, however, said that he is not concerned about competition with other iBuyer companies. Cash offers still account for only a small percentage of deals, he explained, and in any case he express confidence that his company could win market share away from its rivals.

“What they’ve done is they’ve paved the road for us,” he said. “I think if anything they ought to be concerned about us.”

So How Consistent Are You Right Now?

When you are inconsistent, nothing works. Here’s what I know: agents who are consistently setting and going on appointments are producing more results, period. These agents are consistent and

“I am incredibly proud of our agents and staff,” said Giuseppe ‘JP’ Piccinini, Founder/President of JP & Associates REALTORS®. “Their commitment to exceeding

By: JIM DALRYMIRE || Staff Writer with Inman JPAR Instant Offers is designed to be as convenient as an iBuyer but casts Texas brokerage JP & Associates as a facilitator of deals rather than

Who doesn’t want to be a better agent, better team leader, a better entrepreneur?If there is one concept that can lead to more powerful performance with immediate impact… this is it:It

By registering, you agree to our terms of use and that real estate professionals and lenders may call/text you about your inquiry, which may involve use of automated means and prerecorded/artificial voices. You don't need to consent as a condition of buying any property, goods or services. Messages/data rates may apply.